Hey everyone! So today I wanted to talk about a recent trip I made to Key west and show you guys some pictures I took while I was there! The trip was actually a Christmas present from the following year that had to be rescheduled because my mom decided to surprise me with a vacation while I was enrolled in college, a week before the national marketing competition I was competing in. I was the co president of the project involving 36 people and I was one of the four speakers who communicated our project through a memorized 20 minute presentation... Yea I was not going on that trip. LOL But I was excited to go after over a full year of anticipation!

We landed in beautiful Orlando and proceeded to drive the 6 hour ride down to Key West in our rental car. Personally I don't mind long car rides cause you get to see so much while you are driving! On our way down I snagged this beautiful picture of the sunset while on the highway.

We stayed at the beautiful resort Casa Marina which was actually the same resort my parents had their Honeymoon!

And the sunset at night was gorgeous.

A Sunset in paradise wouldn't be complete without a drink in hand ;)

I looved this resort! I loved being able to take a walk on the beach without having to even leave the resort or go for another car ride. After 6 hours of driving could you blame me for not wanting to get back in the car? lol The food and drinks at the resort were delicious and they had pool side waiters, so lets just my brother and I enjoyed sitting by the pool ;)

I unfortunately did not inherit my mothers Sicilian skin and got a sunburn on the very first day which was then added on to each day there after, so if I look a bit red thats why! I was peeling like a chameleon for weeks after this vacation! But at least it turned into a nice tan after, which is what I was hoping for! Here are a few cool things I found walking by the beach near the resort!

While at the resort we also went on a snorkel tour and boat ride to one of the nearby coral reefs! The excursion was amazing! Not only did we get to snorkel at one of the largest coral reefs in the world, but we also drove around for an island tour! We saw sea turtles, dolphins, and much more wildlife! We even saw a 15 million dollar private island for sale! What could make this tour better! Well the free alcoholic drinks on the tour sure did help! ;) We luckily had a great crew and got to go on the tour with 3 very friendly couples, but who couldn't be in a good mood when your going out on a boat on such a beautiful day!

We had an underwater video camera and got to video tape some really cool things while snorkeling!

My dad also went snorkeling off shore by the resort at Higgs Beach and found some pretty cool things! Including an abandoned crab trap filled with 5 crabs which he set free, a sea turtle, a lion fish, and even a shark! Check out the video on youtube below!

Key West is really one of the most beautiful places on Earth. I would absolutely recommend visiting the Florida keys. You will be amazed by the wildlife and scenery! Unfortunately though, against my free will, we did have to leave. We then began our second 6 hour drive back to Orlando to our next resort. On the way back we pulled over to take some more pictures! And we threw all the Conch snails that washed up on the coral back into the ocean.

I think its so amazing how the Keys are all connected by bridges. One of the largest being 7 miles. It was shocking to see old bridges left behind, covered in overgrowth and left to sit there for years. We even found some old pipelines left decades ago to rust and collect pollution. #noDAPL? Lol

In Orlando we then spent three days at another beautiful resort Parc Soleil by Hilton. While there we visited Sea World and Disney Springs. Sea World's discovery Cove was one of the coolest features Sea World has to offer. Through Discover Cove we got to swim with dolphins and other sea creatures, as well as visit the bird aviary and hand feed exotic birds! All while having all you can eat food and drinks and yes that does include the alcoholic beverages. ;)

I know that Sea World gets a bad rep for several reasons, but if it wasn't for Sea World there would not be nearly as much research conducted on marine animals because not only does Sea World conduct their own research through their Research and Rescue Foundation but they also spread awareness and love for such beautiful creatures through educating visitors about them and the Ocean they live in. To check out more information about the Sea World Rescue and Research Foundation click on their logo below!

Then it was good bye to Florida. We took the 4 hour flight back to Massachusetts just in time for the snow storm. It was the first time I have ever been in a plane landing on snow and it was kind of terrifying. Luckily we landed safely! I was kind of hoping we would crash land on a deserted tropical island on the way back. (with no casualties of course)

This trip was amazing!!! If you have not been to Florida you need to take a visit because you are missing out!!

Have you been to Florida? If so what part or share your favorite picture in the comments below!

If you haven't been to Florida, comment what your favorite vacation location has been and share a picture! I need to add more to my travel bucket list! :)

Thank you so much for reading! Hope you enjoyed sharing my trip with me! :) 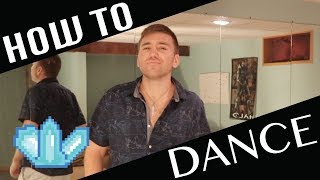 A Journey into Photography